The Book of Seven Seals is like a table of contents in a book.  As each seal is opened a major event occurs on earth; telling us what happened in heaven.  In 1798, the Ancient of Days coronated the Son of Man {Jesus} in Dan 7:13-14, and was found worthy in Rev 5.  The date of Jesus being coronated in heaven in 1798 is linked to earth by the pope being put in prison by Napoleon where he died.  Because the events of all apocalyptic prophecies are written in order we know the second seal must occur after 1798 and the third seal after the second.  The third seal was opened in 1844, which began the judgment of the world starting with the first person to die, Abel.  The next seal to open is the fourth; 25% or 1.75 billion people will die by war, famine, disease, and by wild animals in less than thirty days.  The sixth seal is the Second Coming of Jesus.  The seventh seal occurs one thousand years after the sixth, which is the end of the story. 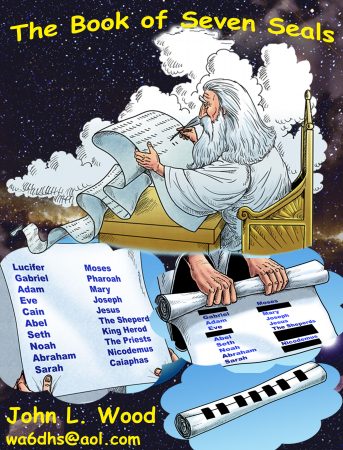 The Seven Seals — Part 1 of 4 “. . . When I was woven together in the depths of the earth, your eyes saw my unformed body. All the days ordained for me were written in your book before one of them came to be. How precious to me are your thoughts, O God!…

A Demonstration of the Faith of Jesus “When He opened the fifth seal, I saw under the altar the souls of those who had been slain because of the word of God and the testimony they had maintained. They called out in a loud voice, ‘How long, Sovereign Lord, holy and true, until you judge…

Four Horseman “The angel answered me, ‘These are the four spirits of Heaven, going out from standing in the presence of the Lord of the whole world.’ ” (Zechariah 6:5) The First Four Seals Please review the breaking of the first four seals and notice that four royal horsemen are sent out from God’s throne….

The Seven Seals — Part 4 of 4 (Or, read Part 1 first) Last month, I ran out of space just as I was about to discuss the four horsemen of the Apocalypse. It seems that the element people remember about the seven seals is the four horsemen. Let us review some important foundational issues,…

Q. I have many questions about the Seven Seals in Revelation. Can you tell me how you understand them in simple terms? LW. A common mistake made by Bible students who study the seven seals is to innocently disconnect the subject of the seven seals from the “book” that is sealed with the seven seals!…